Turn away now, if you’re looking for a fuzzy blog entry. This ain’t the one. This is solely for venting… and I invite any others with frustrations with their current country to chime in below.

You know that lifelong question… “Would you chase money or happiness?” On this one assignment, I decided to tough it out and see what it’s like to go after the money.. I read up on the possible extent of unhappiness I’d come across here: the treatment of different hierarchies, as told by the book “The Princess”, inequality of women, from the book “Inside the Kingdom”. I read into the Sharia law, to see what exactly I can and cannot do. With the laws on coverings, proselytizing, selling drugs, mingling with opposite sex.. I knew that all of these were a “no go”, and there’s no point in sparking a rebellion about it. These books, were in the point of view of Saudis. Therefore, I knew that some, but not all of it would apply to me, since foreigner aren’t held to the exact standard. So, then I checked out Expat Guides, Facebook message boards; people who I assumed could paint a perfect picture of what life is like here… But I’ve come to realize that there is not ONE straight story. Talk to one expat who is contracted with a business, and likely he is making double your salary. The one working for in the Diplomatic Quarters has his family to keep him sane. The nurses, live on their own compound. So, I decided then find some teachers.. and realized the difference based on university. Work at one, and you may walk the large campus grounds, uncovered, and with enjoyment of the pool. If you’re a male teacher, you take your breaks at the campus gym and automatically have a higher salary. And then there’s mine… I’ll just say that we have none of the luxuries mentioned above.

Compounds: Most expats in Riyadh live in compounds. I do not. Now, my apartment is not wretched by any means, thanks to me opting to find my on arrangements. However, I must step out my door as a Saudi. I must cover-up, walk with someone, and the language outside that building is Arabic. Compounds, on the other hand; they are secured with thick tall walls, barbed wire, and armed guards.. the inside of most of these forts are mini Americas. It’s a nice step into normalcy after a day out in the streets. Where almost everyone, no matter their background, understands English. Anything that you were told that you would never find in Saudi.. it’s here. Included in these living quarters are pools, fusion restaurants, salons, skating rinks or bowling alleys, courts/gyms, mixing and mingling.. and weirdly the one that I miss the most.. grass! Yes, I said “grass”. I know it sounds simple, but hear me out. I’ve found living in a city that lacks a color palette outside of brown and beige, to be somewhat of an eye-sore. Imagine, never being able to kick off your shoes outdoors. Or how nice it is to sit on something outside other than stone. Or just have your senses livened a little. Even though I’m allergic to it, I stood in grass yesterday.. for a long time.. with my little group of teachers. And for a good while, none of us said a single word.. it wasn’t an awkward silence, because I’m sure we were all thinking of home. It was midnight, while we sat in a lounge chair, with music in the background. This was the 2nd time in 3 months, that I have felt breeze touch my skin, without an abaya (cloak) blocking it.. It’s the simple things, you know… We played ping-pong, pool, air-hockey; a little entertainment, that we can’t find anywhere on the outside. We walked around the grounds, without a guardian. And I’m thinking, outside of these walls, I would’ve definitely gotten harassed for doing the exact same things. “Women shouldn’t be out this late”.. “We shouldn’t play music in public” “Shouldn’t commune with men”.. “And the women are ‘uncovered’”?? I’ve lucked out this semester with awesome classes, so my girls have not really been the issue. It’s just having my most freedoms, big and small, taken away from me, that has been a huge adjustment.

A teacher in Korea asked me the other day, to compare there to Saudi. It’s such a stark contrast, that you’ll only do harm to yourself by reliving the memory. Living among the people, in Korea, was welcoming and quite easy. What you say, your public acts, and your beliefs were all your business. And even if you decided to share, it wouldn’t get you deported or killed. There are other things that I’d like to vent about, but maybe this isn’t the place. I will say that this country is like no other. Therefore, you can’t quite fully prepare for it.

I’m writing this entry because, perhaps I was a little naïve and optimistic, coming into this one. We get so wrapped up, into one thing that we want (whether it’s money or a lifestyle).. that forget that there’s a downside to everything that you get yourself into. And then we start lashing out at loved ones, when their “I told you so” comes true. I’m not one to easily quit, so I will stick it out for the year.. but I will need to do a little attitude adjustment. Although, I have had great moments and have learned tons (if you want to read about those, check out the other posts)…but it would only be fair if I presented the negatives, as well. 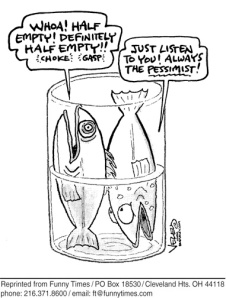